Chelsea Manning, a trans female, was formerly known as Bradley Manning, Wikileaks whistleblower. The portraits of the four men in the above artwork are realistic portraits of, from left to right, Chelsea Manning's two military attorneys Joshua Tooman and Thomas Hurley, her civilian attorney David Coombs, and Manning as she appeared in the courtroom. During the sentencing phase of her 2013 trial, two military psychologists testified that because Chelsea Manning has gender dysphoria they prescribed hormone replacement therapy for her so that she can pursue being fully female. After having drawn Manning all summer as a male, upon my witness of the psychologists' testimonies, I was struck with the dilemma of drawing who I saw before me, which was Manning as a male, although I knew she wanted to be seen as female. My attempt to address this tension was to use traditionally feminine pastel colors in at least two of the drawings. In the above drawing, I included all of the defense team in the pastel theme to illustrate the solidarity, support, and compassion which those four people visibly expressed for each other throughout the trial. About Chelsea Manning's Court Martial: In April of 2010, after Private Manning released the largest set of documents ever leaked to the public, she stated in an online chat: “God knows what happens now. Hopefully worldwide discussion, debates, and reforms… I want people to see the truth….” Throughout 2010, Wikileaks published Chelsea Manning’s releases, including the Iraq War Logs, the Afghan War Logs, and the State Department cables. The Iraq and Afghan War Logs present evidence of US war crimes in Iraq and Afghanistan. The first of Wikileaks releases from Manning which went internationally viral, titled “Collateral Murder”, is a video recording from a US military Apache helicopter which reveals the murder of twelve innocent civilians. Manning’s leaks also uncover US military personnel’s overseeing of rampant torture carried out by the US-established Iraqi regime. Furthermore, while the US military claimed to have no information regarding numbers of civilian casualties in Iraq and Afghanistan, Manning’s releases included minute details, such as dates and times, of over 100,000 civilian deaths due to US military operations between 2004 and 2009. On July 31, 2013, after a three-month long court martial preceeded by three years of illegal, tortuous pre-trial imprisonment, Manning was declared guilty of 20 offenses, including 6 under the Espionage Act. On August 21, 2013, Manning was sentenced to 35 years in jail for these so-called crimes. None of the people who committed murder, oversaw torture, or covered up civilian deaths, as clearly revealed in Manning’s releases, have been convicted of any crimes. The New York Times Editorial Board published the following in response to Chelsea’s sentencing: “35 years is far too long a sentence by any standard. In more than two weeks of hearings, government lawyers presented vague and largely speculative claims that Private Manning’s leaks had endangered lives and ‘chilled diplomatic relations. On the other hand, much of what Private Manning released was of public value.” Daniel Ellsberg who released the Pentagon Papers in 1971 which led to Watergate, stated this on July 21, 2014, in reference to Chelsea Manning and Edward Snowden: “I am immensely thankful to both these young whistle-blowers who have so bravely stood up against the powerful forces of the US government in order to reveal corruption, illegal spying and war crimes. They were both motivated by their commitments to democracy and justice. They both chose to reveal information directly to the public, at great cost to themselves, so that citizens and taxpayers could be fully informed of the facts. They also revealed the amazing potential of new technologies to increase public access to information and strengthen democracy.” In the three years following Manning’s Wikileaks releases and her subsequent arrest, the US mainstream media provided miniscule coverage of Private Manning, her three-year pre-trial confinement, or the two years of pre-trial hearings. Although Private Manning vs. the United States was one of the most important trials in US history, cameras were not allowed inside the courtroom. I saw a dire need for alternative media as well as ordinary citizens to daily attend and closely report on the trial, so that together we could publish quality information about the precedent-setting trial. From a front row courtroom seat labeled “media”, I made courtroom sketches each day of Chelsea Manning’s court martial. Throughout the three-month trial, I drew several pictures of Manning and her defense attorney David Coombs. I drew Manning’s military attorneys, Joshua Tooman and Thomas Hurley, as well as Judge Colonel Denise Lind, the prosecuting attorney Ashden Fein, multiple defense and prosecution witnesses, and Manning’s attending supporters. Many of the drawings were posted on the Chelsea Manning Support Network website along with up-to-date stories closely covering the trial. Fifty of my drawings from the trial and many reports I posted can be seen on my website: http://debvanpoolen.com/index.php/artistic-witness/chelsea-manning In June 2014, the New York Times published an op-ed piece by Manning in which she stated: “When I chose to disclose classified information in 2010, I did so out of a love for my country and a sense of duty to others.” 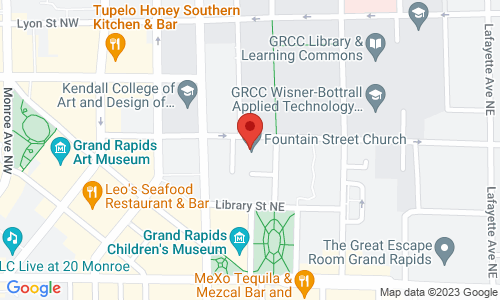