Flags of Our Wounded raises a flag for wounded veterans, symbolizing their courage and perseverance. Because of war’s complexities, some of these individuals return home still fighting the battle. The veterans’ visible and invisible injuries leave physical and emotional scars. After leaving the military, many of these vets also lose a sense of camaraderie, which increases their isolation and disconnect in civilian life. For ArtPrize, a volunteer veteran hand-painted the flags, depicting twelve of the [Has Heart] veteran stories. Art helps veterans communicate what they have seen, heard, or done, which may be difficult to express with words. Flags of Our Wounded honors the veterans by initiating conversations, building understanding, and generating support. As the flags inspire hope, veterans feel empowered to work through the healing process, so they can finally return home

Michael Hyacinthe, an 8-year United States Navy veteran, served as a U.S. Navy Seabee combat warfare specialist. His military service took him around the world, to Iceland, Guam, Europe, and the Middle East. In 2010, after his military service, Michael and artist Tyler Way met over a cup of coffee and realized the potential in uniting veterans with artist. 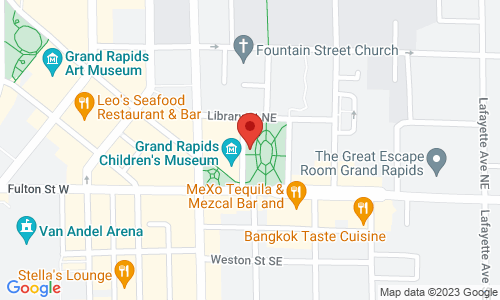