PRANCE The “gestation of inspiration” can never be predicted. Inspiration lacks all bounds and affects every organism in a positive or negative manner, without self-awareness. Unbeknownst to me, a trip to grandma’s house as a preteen was the birthplace of an “inspiration” I wouldn’t realize for five decades. I entered the rural brick house through a squeaky screen door as it slammed shut behind me. Traversing a thread barren rug I walked through a large double doorway entering the parlor where the genesis of my inspiration lived. It was a painting called, The Horse Fair. It hung prominently on a faded flower print wall, watching over an old upright piano, a dust-charged velour couch, and a wooden quilting frame suspended over four high-backed chairs. This was grandma’s house… and for this young boy it was my first introduction to art. What drew me to this painting was the movement of the horses. It captivated me even though I couldn’t explain why. With each return trip to grandma’s-house I would make a point to revisit the painting to contemplate possible storylines animating in my head just as the artist had intended when laying down each perfectly executed brushstroke. I was mesmerized. The Horse Fair was painted by a nineteenth century feminist trailblazer, Rosa Bonheur, who, as a French artist, was far ahead of her time. Rosa learned her skills from her artist father, Oscar-Raymond as women were not allowed to attend formal art schools in that day. By the age of 23, Rosa had already exhibited eighteen works at the Paris Salon becoming a commercially successful painter at a time and place when few women were successful at pursuing a career in the arts. Bonheur’s staunch belief in women’s equality and her unconventional personal habits, including wearing men’s clothing at work, riding her horse astride, and smoking identified her as an early feminist. Rosa primarily painted animals within their native habitat however with The Horse Fair Rosa spent a year and a half, twice a week sketching a specific tree-lined boulevard where the horse market gathered in Paris. This man-dominated horse market went about its business while Rosa, donning men’s clothing as to not to bring attention to herself, sketched away without being noticed. This would eventually inspire other female artists to wear men’s clothing to amplify that it was about time a women’s artistic achievements were equally assessed. Rosa’s ability to capture movement in her work has greatly influenced my artistic approach. Every piece I make has some kind of movement as I feel it helps engage the mind of the observer. It brings character, purpose and reason to the subject and inspires creative emotions that perhaps can’t be explained but very much felt. Prance is my 3-D homage to Rosa Bonheur’s The Horse Fair. The name Prance is a simple and seemly not overly creative title for this piece, yet it states perfectly what my feelings were when looking at that painting 50 years ago. It depicts the joy and jubilant activity of the market place, if only in the mind of adolescent boy. Today The Horse Fair hangs in my house after many years of hanging in both my grandma’s and mom’s house. On my 60th birthday this heirloom was gifted to me and once again hangs in prominence watching over a console piano, a dustless couch and high-backed chairs devoid of a quilting frame. Prance is made from hand formed, barbed and barbless-wire and depicts three frolicking Friesian horses… a light draft breed chosen because of their strength and athletic beauty. Their long flowing mane, endless streaming tail and their showy feathered legs represents both horse and human subjects depicted in The Horse Fair. The regal beauty and athletic form of one species intermingled with the perfunctory purpose and functionality of another. The rugged and indominable strength of the handler pared with an air of royalty and distinguished power of the managed. Time will only tell if Prance will be the genesis of an “inspiration” being realized by someone decades from now. All I can tell you is The Horse Fair planted a seed in me that slowly grew for fifty years eventually producing Prance. All thanks can go to one remarkable women named Rosa Bohneur. A lady truly ahead of her time. 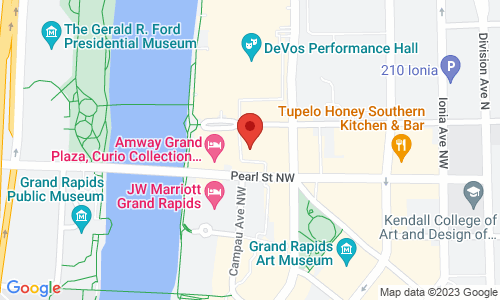