Architectural Bliss 2D painting combines art with philosophical ideas from fields of mathematics, physics & biology. The dynamics of perspective on the canvas here are referring to few theories of Philosophers. The architecture of 3 buildings (the USA White House in foreground, Canadian Parliament & Mexican National Palace as a background) of the painting scoops deep in to Issac Newton’s theory of Gravity where his book of Principia and theory of light and colour say: that white light was a composite of all colours of the spectrum, and that light was composed of particles: but that applies the opposite visual in use of paints. In abstract skew of vertical lines in the whole painting the artist applies Albert Einstein’s theory of relativity that could also be extended to gravitational fields, referencing his published paper on general relativity. The artist is also changing the view of American White House by making it look more like a bow of a yacht cruising through atmosphere of open space. The Native Tipi and National Palace of Mexico are also drawn in dynamics of perspective where horizontal lines reach far beyond eye view. The squint of nature of Great Lakes and small human figures in the painting are referring back to the Age of Reason: calling René Descartes philosophical view from Passions of the Soul: “I think therefore I am” (French: Je pense, donc je suis; Latin: Ego cogito, ergo sum). While the creativity of artist is tapping to talents from champions like Michelangelo, Leonardo da Vinci, Claude Monet, Andy Warhol, Roy Lichtenstein: the unique style of painting by Fero An Zuza B. is developed with autonomic aura of constructive influence. Intentions quoted by artist: "In a process of shifting gravity and perspective of 3 buildings that are on North Continent I am capturing the importance of human values and, progress of sciences that allow us to understand how far humanity had progressed till 21-st century. Since 15 century, when the mathematician and astronomer Nicholaus Copernicus developed a theory for the universe that placed the Sun at the center, rather than the Earth, everything in education & in paintings had changed. Artists started placing the sun in the middle of the canvas and gravity was always in tact. In fact, no artist in old ages had challenged the the theme of gravity. Only contemporary artists started consciously challenging that theme. Now, in 21-st century as an artist I can consciously change many things on a canvas. I can imply atmospheric, weather, gravity, perspective & figure changes and no one will be shocked by that. In fact those changes are understandable by a viewer. As comparing to old ages an artist would had to be punished of killed for being too knowledgeable. For now then, knowing our freedom and understanding values and politics, artists of 21-st century can create shifting perspective, gravity, nature, figure & mood movements on the canvas and be prized for it. " The Vote Code for art is 68477. It is placed in Mayan Buzz Cafe 208 Grandville Ave SW Grand Rapids. For more explanation you can ask the artist by email: ferofacefit@gmail.com or, call # 1-519-679-4019 , text 519-702-8771 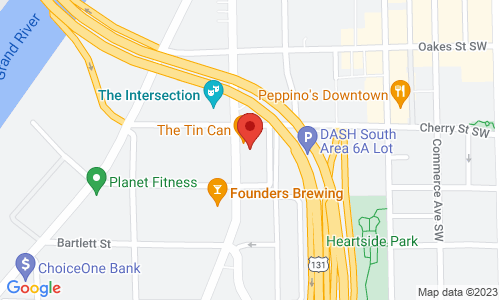