Legendary American expatriate artist Heimlich Obst is creating one of his most striking sculptures on a monumental scale for ArtPrize 2017. "Totemic Icon" was first shown in collector David Bermant's famed Cermak Plaza, in Berwyn IL. That's a Nancy Rubens in the background. My friend and colleague, the late Harold Hayden wrote this reference for Obst at the time. "I write on behalf of Heimlich Obst, an outstanding candidate for whatever commission, competition, festival, or symposium he feels himself qualified to enter, including Sculpture Chicago 1989. Obst established his reputation at an early age by unique submissions in various youth competitions. Later, his post-modern variations on fruits and vegetables in partial or complete dishabille brought him world-wide acclaim. Never one for half measures, Obst went all the way in later works, braving the attacks of hostile critics who found irreverent and pornographic expression where none was intended. Needless to say, the adverse criticism served only to consolidate Obst's reputation. Unfortunately, Obst is far better known in Europe and Asia than in this country. As a result, exposure to his work has been limited, except for the most enlightened museum and critical jurisdictions. Meanwhile Obst continues to explore new horizons in three-dimensional design and beyond, as critic Miles Pennwright has been quick to point out. In view of his substantial contributions to 20th cetury art, I cannot recommend Obst highly enough. Sincerely, Harold Haydon Prof. Emeritus of Art, University of Chicago. Art Critic (retired) the Chicago Sun-Times. P.S. I will be delivering my popular lecture, "Birth of a Legend:The Heimlich Obst Saga," throughout ArtPrize '17. Hope to see you there. Miles Pennwright, Art Critic. 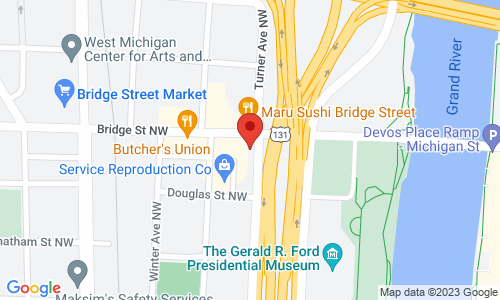