THE OUTCOME - The first round of judging in the ArtPrize 9 competition ended tonight September 30th at midnight. ArtPrize is the largest art festival in the world with over a half a million visitors = voters expected. Currently of the nearly 1400 artists who are taking part from around the world my installation piece entitled THE DEADLY TIDE is in the Top 100 or the Top 25 in its respective category of Installations! Of course, I would love to win or place better but with over 328 thousand votes cast, I feel I am a Winner. People have connected with my message and my work is speaking to them! The curator of my venue one day mentioned in passing that for every one of the 40 artists he accepted he turned down ten. ABOUT THE ISSUE - "The Deadly Tide" is a Tsunami of death warning us of our impending fate as assuredly as the volcanic eruptions of Mount Vesuvius warned those who failed to listen 2000 years ago. As artists, part of our responsibility is to help shape the consciousness of society. Today we are besieged on all sides with insurmountable problems. I will not recount the list as it is long and well known. Most of our dilemmas are of our own making and we seem powerless to implement change. Perhaps no issue is more important than that of the environment. The human race has been a horrible steward of the natural world. I would argue that it is here we can still make a change and 'Stem the Tide'. I believe my piece entitled "The Deadly Tide" will help inspire conversation and debate, that will move the process of saving our planet's oceans and waterways in the right direction! By the year 2050, there will be more plastic by weight in the sea than fish. Nearly every piece of plastic ever made still exists today. More than five trillion pieces of plastic are already in the oceans. We are drowning in a sea of Plastic waste. Approximately 320 million tons of plastic are manufactured annually; 40 percent of this is single-use items. Only 5 percent of plastics are effectively recycled, which means that the remaining 95 percent of all the plastic ever made remains on the planet. In the North Pacific, there is a convergence of ocean currents called a 'Gyre'. This area of the Ocean between Hawaii and Japan is an accumulation zone for plastic pollution, which is twice the size of Texas. The North Pacific Gyre represents the largest Gyre on Earth (there are others) and it contains roughly 3.5 million tons of trash. Studies have shown that plastic fragments outnumber zooplankton 40 to 1! The ocean where life on Earth began has been turned into a synthetic soup. Beaches once used for swimming and playing are now completely covered in plastic garbage. In many places around the world, the ocean tide brings a fresh layer of garbage every day, which could come from anywhere on the planet. The truth about plastic is it suffocates the oceans, rivers, and lakes and is killing off the marine life. It is poisoning us through our food chain. Our biggest watershed 'The Great Lakes' is under siege with plastics and other pollutants. Plastic fragments contaminate even the most remote locations on earth. Harmful chemicals leached by plastics are present in the bloodstream and tissues of almost every one of us. Plastic pollution harms people, animals, and the environment. Plastic is not biodegradable. In the marine environment, plastic breaks down into smaller particles that absorb toxic chemicals, are ingested by wildlife, and enter the food chain that we depend on. Consumption of throwaway plastics, such as bottles, containers, bags, and packaging, has spiraled out of control. Recycling is not a sustainable solution. Most of our plastic waste is landfilled, downcycled or exported to other countries. Businesses and governments must take responsibility for new ways to design, recover and dispose of plastics. Plastic pollution is a symbol of our global over-consumption crisis. We must shift our society away from disposable habits that poison our oceans and land by eliminating our consumption of throwaway plastics and embracing a culture of sustainability. Our health, our children’s health, and the survival of future generations depend on it. Refusing to use disposable, single-use plastic items such as plastic bags, water bottles, and utensils is the responsibility of every one of us. We are playing a dangerous game of 'Russian roulette'. ARTIST STATEMENT. - For authenticity, the Plastic Garbage used in this Installation was collected locally. Either during the Mayors Cleanup of the Grand River or from the Shores of Lake Michigan. I would like to thank my local partners for their help in bringing my vision to fruition. WMEAC, the Alliance for the Great Lakes, Aria Show Technology, Kent County Recycling, Aardvark Straws and of course Richard App, and all those who make ArtPrize possible. I would also like to express my graduate to the internationally renown conservation organization GREEN PEACE who believes as I do that Art as a form of communication has the power to inform and influence society. As an Artist, it is my duty to do so especially when I feel so strongly about an issue. Today we are besieged on all sides, the problems confronting us often seem insurmountable. The Truth is that we can Effect Change through Action. There is Strength in numbers, Together through the choices, we make we can guide government entities and big corporations by insisting they act as responsible Global Citizens. Our power comes from the Ballot Box and the Checkout Counter. Don't vote for politicians with unsound environmental positions and do not purchase goods produced by corporations who insist on Destroying our Planet for the Sake of the Bottom line. When we band together and act as one, they will Acquiesce to the 'Will of the People.' Help Stem 'THE DEADLY TIDE' of Plastic Pollutants Contaminating Our Planets Oceans, Rivers, Lakes, and Streams. Thank You for Your Support – Francis O'Donnell . 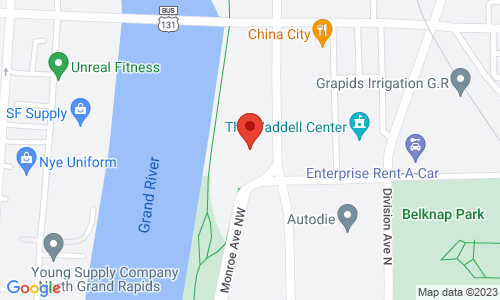