In 1850, constellations of wooden posts began to dot the coastal landscape. Peaking above the water’s surface from Locust Point to Put-In-Bay, and later Hammond’s Bay to Ashland Bay and beyond, a maze of nets staked below the water were set to funnel fish for collection in mass quantities. The appearance of the pound-net, a live-entrapment volume-harvest fishing apparatus along the shores of the Great Lakes signaled a dramatic departure from the millennia old practice of subsistence fishing utilized by Native Americans and for a brief time European settlers. In that year the commercial reaping of the Great Lake’s vast natural resources began in earnest, setting off a chain reaction of exploitation and treasure hunting that, like other Gilded Age practices of the approaching decades, would come to signify an epochal shift in mankind's relationship with the Natural world. By 1856 the pound-net fisheries of the Great Lakes were harvesting more fish than anywhere in the country. The mass harvest structures would go on to become, “one of the most destructive of fish devices... responsible for the great decay of the fisheries.” Along with the obliteration of vast stores of lake trout, whitefish, walleye, yellow perch and other native fresh water species, many of the fisherman would come to find themselves trapped in unsustainable relationships with the industry’s barons that in many ways mirrored the “debt peonage” of coal mining towns or the “sharecropping” practices of the south. In 1887, naturalist Ludwig Kumlien wrote: The nature of the apparatus used in pound-fishing and the outlay which it involves make it impossible for men of limited means to engage in it. The industry is therefore largely carried on by men who possess considerable capital and capacity for prosecuting a business of some magnitude. Bushcraft... Radical Stimulus re-creates the pound-net using hand woven 24k gold thread and copper gilded saplings. The use of these materials was inspired by the adage, “...all that glitters is not gold.” This installation is an extension of a larger body of work whose title, Bushcraft, is derived from a discipline that encompasses a set of skills one might require to survive if left stranded or alone in the wilderness. Having grown up in a working class, divorced family, where addiction, suicide and poverty seemed ever present forces, survival skills have always appealed to me. Working within a feminist discourse and the framework of fibers, the title serves as a double entendre. I grew up in a quasi-rural Michigan town, a place with more lake area than land, where bar patrons pull into pontoon parking spaces and the party stores stock night-crawlers between the Bud Light and Coca Colas; where the locals affectionately refer to themselves as “Lakebillies." With ancestral ties to the Cherokee and Ojibwa people, a grandfather who lost his bait shop due to the construction of US-23, and a mother who tied her own lures at the kitchen table, fishing as a survival need long ago captured my imagination. It has been the impetus for my current creative research, focused mostly on the transformation of personal possessions and precious materials into the forms associated with wilderness survival. Today, when basic needs are met through the exchange of money and technology replaces work of the hand, I have become alerted to the consequences of distorting our primal relationship to the environment. In the quiet moments of the day, amid the hustle and bustle of modern life, I often find my mind drifting to scenes of a quieter time, where the abundance of nature seemed absolute and the consequences of man’s consumption seemed the least of our concerns. 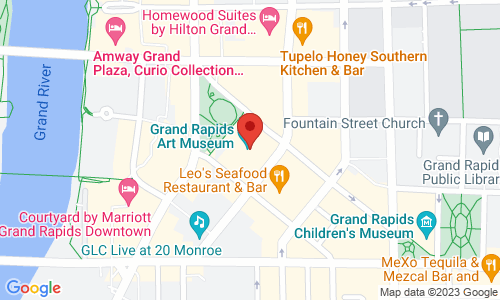