It started with her Papa’s hat, with barbs and eyes and knowing. They sat upon a rock in sunshine, beside a river flowing He whistled and she sang along trailing all his leads Their tunes from lifted jazzy blues and mama’s prayerful beads. Flying through the air, the hooks dove deep and shallow, Droplets glistened in the sun and fell into the shadow. HIs finger traced her freckled face, sketching out a path Her past was small potatoes, music, reading, art, and math He saw her future in her freckles, of switchbacks, turns, and bows He smiled down delighted saying, “That’s the way she goes.” So sure so sure so sure he was of his little one. The chance to fall, the chance to rise, the chance to trip and run. He knew her core and was dead certain of who she would become He watched over her and brought the light as each new day was done. Then he died too soon, and left behind his hooks and eyes, And also left the water sprite who offered up her cries. She began a journey filled with yearning, just a shell following a path that left behind the lonely knell, To find someone who knew her, like Papa in his hat, Like Papa with his eyes on every freckle, as they sat Like Papa who gazed on her with love so deep and blue And saw her smart and silly, deep and salty, simply true Smiling when he saw her, that set the burning flare To find someone who measured up to love beyond compare. She flew as Papa taught her, but lost her way sometimes. Shiny hooks and glistening lures caught her in their lines. She dove to catch the glittering, so sure that it was love. She smoothed her magpie feathers, cooed and listened like a dove. She whispered to the shiny hook, “It can work, you know me now, the way that Papa knew me, light the lamps, we’ll take a bow.” But the hook had not his smile and at whistling was a loss And eventually he left her, gave her line an easy toss. She used a shiny hook she found and caught a fish she loved. They lived beneath the surface while the moon watched from above “This isn’t true, this isn’t real,” the thought called to her heart. Papa’s troubled eyes above them ached for a new start. He sent on the horizon, a brother’s ship to bring her home, but still she worked to prove this love would save her from the foam. She sent the fish above, to breathe the air so pure While she below would tread forever dizzy for a cure. The hook between them, eyes upon her, told her they would falter but still she gasped and flailed and wished to make her lungs breathe water. Her brother’s ship was anchored now, waiting in the distance. The muted moon wept Papa’s tears for his girl and her persistence. She was so fine, so plucky, why could she just not see? Twist yourself to fit a love that wasn’t meant to be? Who knows you, girl? Who knows you? When will you know what’s true? She convinced the fish to trade with her. He plunged into the sea. She held the air, like love’s first kiss, the best still yet to be She labored in the sky above to fit still in this love, but now she felt him tugging her to leave her life above She pulled him up and saw him gasp, and then she knew the sorrow. She searched in vain for Papa’s eyes, but strength could not be borrowed Once again, she was alone and thinking fast and flailing. She heard the bell, the far off ship, her brother’s voice was hailing. She saw her brother’s sturdy ship sails billowed with her cares and now she knew this love was not the answer to her prayers. “Who knows me best? My papa? My brother on the wing? This fish who will not breathe my air or whistle while I sing? This fish who pulls me to the dark, away from what I know?” They said goodbye upon the waves, beneath the moon’s sad glow. She found herself upon that rock, now sheltered shady green And leafing through her memories, found they’d lost a certain sheen Papa gone so many years, the ship bottled on a shelf The love remained, it always does, a blanket light wrapped ‘round herself She owned the warmth, the fortitude of Papa and her brother. Where should she look to find the one who loved her like no other? How wonderful and awful to release this fantasy. She whispered to the rising moon, “I think it must be me.”

My name is Geralyn Macklin. It has been an honor and a challenge to put words to Maggie's beautiful vision of how to make a life. I teach the fierce fourth graders of Room 123 by day, and pretend to be a grownup by night. My husband and I helped each other raise 5 kids and they're all out there tryin' hard, just like we taught 'em. I'm Maggie Flynn. Geri's words are the stitching that hold together this picture quilt. Her nimble way with words always amazes me . I love drawing and bringing life to my own little world. I love teaching art to children and helping them to do the same. 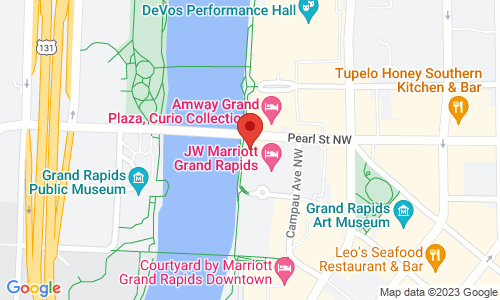