http://diannecarrollphotography.com//FestivalPoster5sunny-.html I started working on the Festival of the Arts Poster Project in January 2016 and finished it 3 months later, working numerous hours each day. I have made other photographic mosaics before and I knew this was the platform to create from. I have attended every Festival since it began. I have volunteered as a stagehand, participated in artist demonstrations, marched in a band at opening ceremonies, played in a small band and orchestra at one of the stages, placed in the Regional Arts Exhibit, juried the Photography at the Regional Arts Exhibit, photographed Festival for several publications, and watched and listened. So with all these experiences and joyful memories, I knew that a mosaic of over 2000 photographic tiles would be the prefect idea. I have photographed years of Festival of the Arts and have thousands of images. I decided to use only my digital files that began in 2004 and continue up to the present. I chose one main image of musicians performing on the Calder stage from 2015 and built a new image with over 2000 images of mine from Festival, and also included images from the co-chairs collection, and my husband Rob Burdick’s collection, to create the mosaic effect with photographic tiles. Alexander Calder's Festival original “sunny” design is also stamped 47 times in the mosaic. Every person that attends Festival has their own mosaic of memories. This poster reflects that idea with the values of family, friendship, community and the arts, for everyone to enjoy. The digital photograph is mounted to heavy board and ready to hang. It is a collage of thousands of photographic tiles taken at an event in Grand Rapids Michigan every June. It is Festival of the Arts. This new photograph holds thousands of pictures that are from festivals past up to last year. This huge new image is the current face of Festival and it represents it’s future to continue on with the arts. But the cool part is that there will be a computer available with many more photo collages representing the past and the present of this festival. WE will give the viewers a link to create their own mosaic of their memories and they will be able to make their own. The future is represented in the technology itself making this new art, this new way to look at the visual and to incorporate time. Dianne Carroll Burdick will also create a new mosaic from the same original photograph of The Calder, turn it sideways, ArtPrize style, and fill it up daily with new photographs from ArtPrize 2016. Soon I will have the link for you to see.

Becky Richard and Tim Jacobson, the Festival 2016 co-chairs, chose me to create the Festival 2016 Poster. They had a vision in November 2015 and my photography and design matched. Rob Burdick guided me throughout the project with his knowledge of technology. The four of us contributed photographs to make this mosaic. 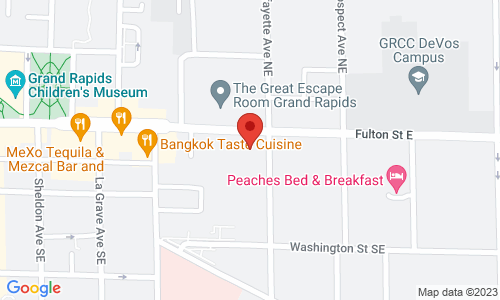