Yahweh Nissi (The Lord our Banner) - Describes God as a rallying point during battle. This polyptych is reminiscent of the Isenheim alter piece. Images of the confusion, absurdity, and results of war are meant to symbolize the trials experienced in life. The Banner, is meant to encourage and inspire faith in Christ. Four panels are used in the altar piece configuration to demonstrate the undercurrent of spiritual warfare. The left panel shows a boy wheeling several jugs. To a veteran of the wars in Afghanistan and Iraq, these jugs could contain water, cooking oil, or homemade explosives. In the distance a structure is seen. The structure could be a dwelling, a mosque, or a enemy fighting position. This panel symbolizes the paths that humans can choose from, good or evil, blessings or curses. The center panel shows a young man standing next to a destroyed truck. The man's posture and expression make us wonder, did he plant the explosives or pull the trigger to cause the destruction of the vehicle and the death of the driver? The papers and personal effects of the driver are scattered across the desolate desert. This panel symbolizes not only death, but also the struggle to live. The right panel depicts a soldier, who is unarmed, alone and without any armor, marching on into the smoke of battle. Even though he may feel physically vulnerable, his mission is to draw others to the one who has already won the war. This panel symbolizes the spiritual warfare experienced by a soldier of the cross. The bottom panel depicts a shadowy figure installing explosives in a tunnel under the road. His destruction will affect the present and the future, as the explosives will destroy the tunnel that delivers water to the parched land, and the road that delivers sustenance. This panel symbolizes an enemy that is always at work to undermine progress and God's work. 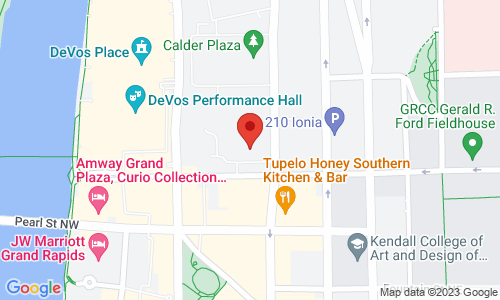