THE LEOPARD, THE POLAR BEAR AND THE EAGLE – DRAWN AND CUT BY HAND FROM SINGLE SHEETS OF PAPER BY NAHOKO KOJIMA – Leading Contemporary Japanese Paper Cut Artist, Nahoko Kojima builds on the success of her Cloud Leopard (Saatchi Gallery, London UK, 2012) and Swimming Polar Bear, Byaku (UK Tour, 2013) to create her most ambitious piece yet for her debut US show, Washi (Ford Museum, 2014), a life-sized Bald Eagle in flight. The earlier pieces have toured in major Art destinations globally, from London, Milan and Paris, hung by Nahoko Kojima and creative partner Shari Solo. Using custom made paper, the sculptures have a stark presence, suspended from invisible threads as though they are defying gravity. Stories run through the bodies of the animals and the shadows cast are integral to giving the paper a soul. The pieces took almost two years to create from concept to cutting and hanging. Eight days were needed to hang the pieces in the Ford Museum. Video: http://youtu.be/blbP_sXZFiU 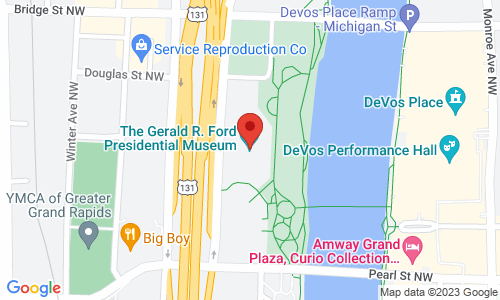